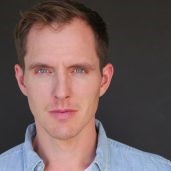 A native of Seattle, Andy is equal parts salmon and coffee. With almost 2 decade in comedy, Andy has made appearances on Late Night with Jimmy Fallon, Conan, and the Pete Holmes Show. He has also been featured on Comedy Central Presents, Roast Battle and Another Period. Andy can now be found in LA performing at the world famous Comedy Store as well as writing on your favorite television shows and reddit forums.