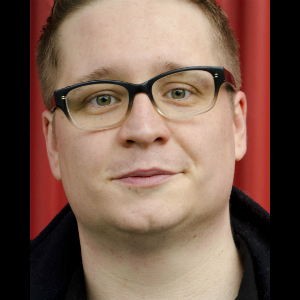 Charles Demers was born and raised in Vancouver. He is an activist, published author, comedian, a regular on CBC Radio One’s The Debaters, and co-host of Citytv’s comedic panel show The Citynews List in Vancouver. When he started doing comedy he quickly was the judges’ choice for Vancouver’s funniest new comic; since then he has been featured on national radio, in print, as well as in festivals and live venues across Canada and the Pacific Northwest and with Paul Bae as the sketch duo “Bucket”–the act Robin Williams called “the future of comedy.” In 2018 his album ‘Fatherland” was nominated for a Juno Comedy Award. This was the first time in 34 years Juno had announced comedy nominations. Demers has published three books: a novel and two collections of essays. His first essay collection, Vancouver Special, was nominated for a Hubert Evans Non-Fiction Prize. He used to be the membership secretary for the Coalition of Progressive Electors.