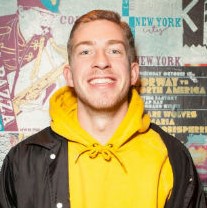 Originally from Vancouver, now residing in LA, Gavin Matts is a stand up comedian, actor and writer. Named by Team COCO named him a 2018 comic to watch, gave has appeared at the New York Comedy Festival as well as a late night appearance on Conan. Gavin was the recipient of the 2017 SirusXM Top Comic, leading to performances at Just for Laughs festivals and a huge cash prize (which still feeds him) He has also appeared on Comedy Central, CBC’s Halifax Comedy Festival and as a writer for This Hour has 22 Minutes on CBC.