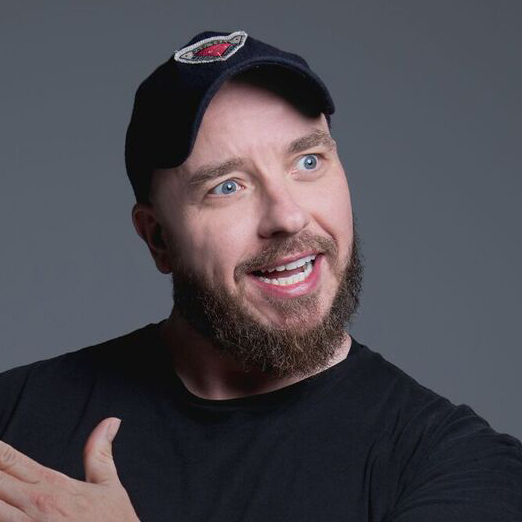 Versatile comedian, actor and writer Pete Zedlacher is a 20+ year veteran of the comedy scene and one of the premiere headliners in the country. Zedlacher, who proudly hails from Wawa, a small mining town in Northern Ontario, draws heavily from his Canadian working-class roots. A graduate of the prestigious American Musical and Dramatic Academy in New York, the intensive acting program helped him infuse a theatrical element into his stand-up.

Pete threw himself into the stand-up comedy circuit with much success and has quickly become one of the top headlining comics in the country, as evidenced by his 2006 Canadian Comedy Award for Best Male Stand-up. He has appeared in his own one-hour episode of Comedy NOW! for CTV/The Comedy Network, which recently in repeats received the 2nd highest ratings in the show’s history.

He has made many film television appearances, including Rookie Blue, CBC’s The Sean Cullen Show, Little Mosque On The Prairie, Puppets Who Kill, CTV’s Sue Thomas F.B.Eye, and Degrassi: The Next Generation. His film credits include American Pie Presents: “The Naked Mile”, and George A. Romero’s Survival of the Dead.

Currently a writer for The Ron James Show and CBC Radio’s wildly popular The Debaters, Zedlacher has also written for numerous other programs including The Hour with George Stroumboulopoulos. Pete is most proud of his military shows, entertaining the coalition forces overseas on many occasions, including 3 tours in Afghanistan.