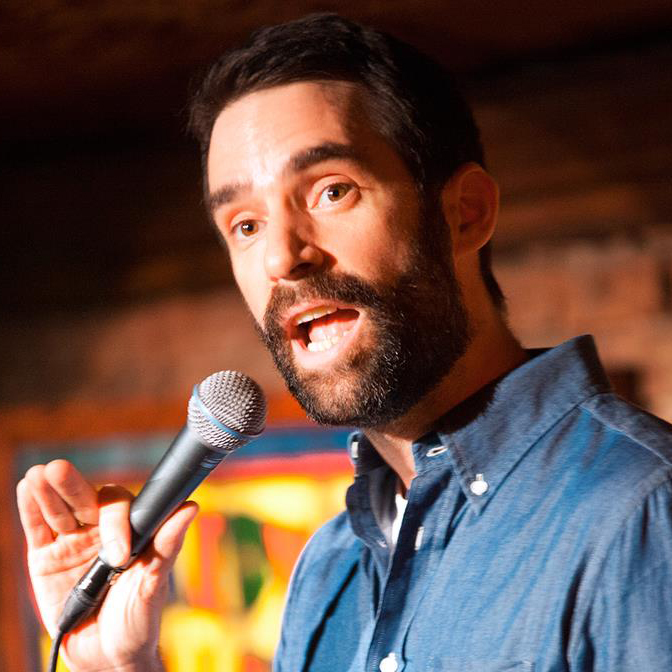 Phil Hanley began standup comedy by performing at open mics around Vancouver, often in between bands at music venues. In these establishments he discovered and honed his exclusive blending of material and crowd engagement that makes no two of his performances the same. Phil’s style can best be described as unpredictably reflective, delivered with pin point accuracy, and entrenched in the grand tradition of joke-telling. Phil’s Comedy Central “The Half Hour” premiered  in 2015. Phil has previously been seen on Late Night with Seth Meyers, The Late Late Show With Craig Ferguson, The Pete Holmes Show, John Oliver’s New York Stand-Up Show, @midnight, and most recently on The Tonight Show with Jimmy Fallon. He has been showcased at numerous comedy festivals and can be seen regularly at The Comedy Cellar in New York City.