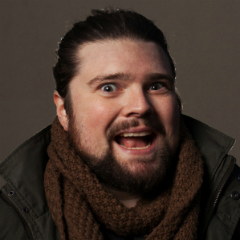 Simon King completely shifts a room when he takes the stage. Contentious, truly insightful and possessing an original explosive delivery all his own he bombards the audience with smart and flat out hilarious material at break neck speed. This coupled with his ability to seamlessly insert characters, impressions and improvisation means he’s unlike anything else in the stand up comedy world.