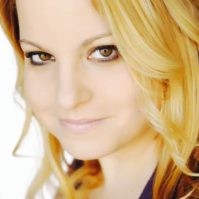 Originally from Halifax, Nova Scotia, Tracey now resides in Los Angeles and tours all over North America headlining your favorite clubs and festivals. Tracey has been featured on CTV, CBC, CBS, Comedy TV, E! Network and is in frequent rotation on SiriusXM in both Canada and the United States. Her honest, edgy and raw observations of life frequently leave audiences in pain from laughing so much.